The AV systems shown embrace GPEC’s mission: “To attract and grow quality businesses and advocate for greater Phoenix’s competitiveness.”   As part of their move into their new space, GPEC wanted to modernize their AV systems in order to attract modern companies to the region. Inside the 20,000 square foot headquarters on the 25th floor of Renaissance Square (see Renaissance Square Lobby Upgrade case study) are cutting-edge AV systems that support GPEC’s goal of enticing innovation and technology companies to expand and move to the region. L3AV design, programming and integration services were commissioned by GPEC with assistance by Smith Group/JJR Architects & Hines.  Our solution to modernize their office included:

Director’s Conference Rooms A & B  (a combine/divide room)

Eight 55” LED Displays show digital signage content via network updates and design from the GPEC Marketing Department.  The custom, always changing content is edited and pushed through the BrightSign digital signage platform.  The digital signage displays distributed throughout the office in the hallways and huddle spaces have the ability to connect guest devices for use as a content display.  A majority of the work-day they show the latest custom GPEC news as well as workforce, demographics, infrastructure and incentive offerings from GPEC.  As GPEC staff tour the office with Corporate Execs looking to locate to the region, they learn all that GPEC has to offer via the eight strategically placed digital signage displays.  As guests come-and-go they are met with GPEC digital signage on an 84” Touch LED display in the elevator lobby.  Level 3AV is currently working with GPEC to create custom interactive/touch content for the elevator lobby display.

With very few hard-walled offices and multiple hard surfaces, the open office plan posed a challenge to reduce distractions.  By adding sound masking by Cambridge to the workplace, conversations are notably less intelligible or noticeable, and thus less distracting. The workplace became more comfortable, private, and productive.  The Cambridge system is a dual system, sound-masking AND background music (BGM).  At times when the GPEC wants light background music, it is available through an auxiliary audio input on the Cambridge sound controller.

Mounted on the wall outside each room (Huddle Rooms, Conference Rooms & Directors Rooms), they allow anyone to see at-a-glance if a room is available or in use, and view details about the current meeting. A swipe of the finger across the color touch screen reveals the room’s entire schedule. Upcoming meetings and open time slots are clearly displayed on a scrolling calendar ribbon, and users can even reserve a room right on the spot from the touch screen.  Through Crestron Fusion software, room reservations can either be made at the touch screens or through GPEC’s Microsoft Exchange system. 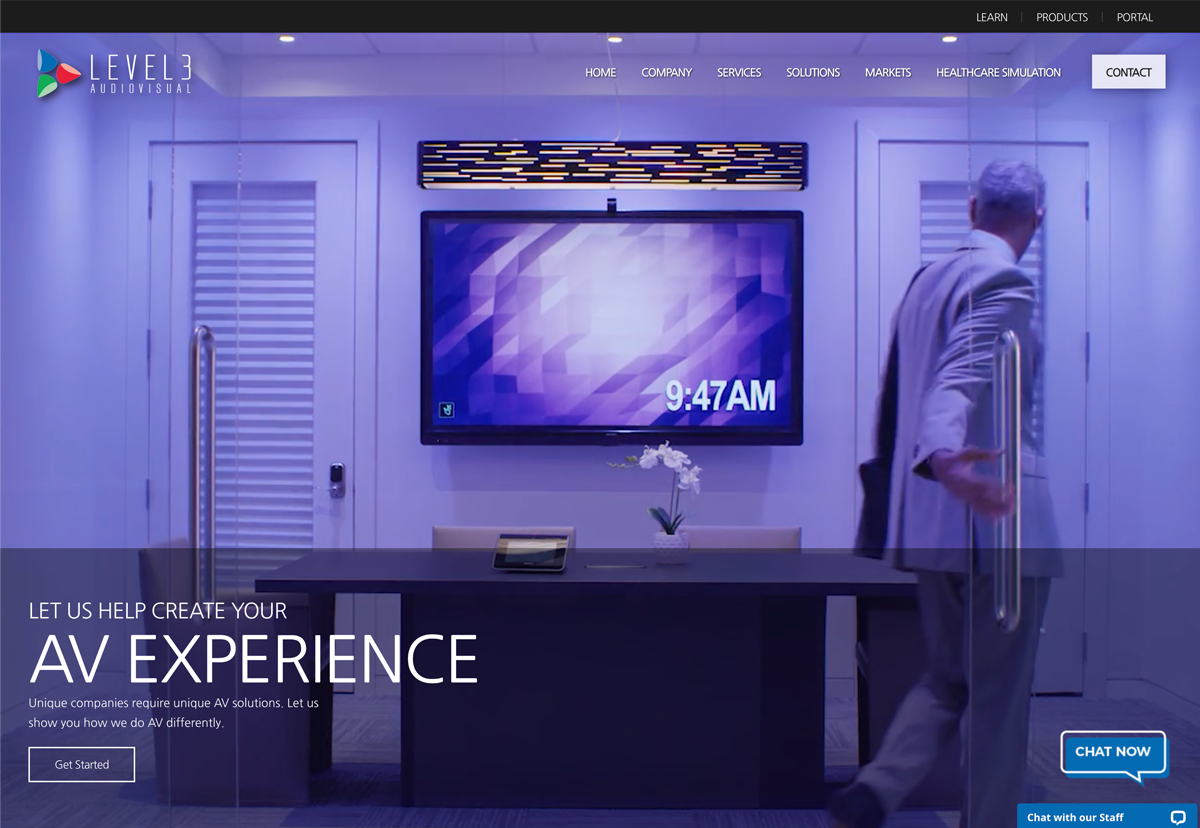