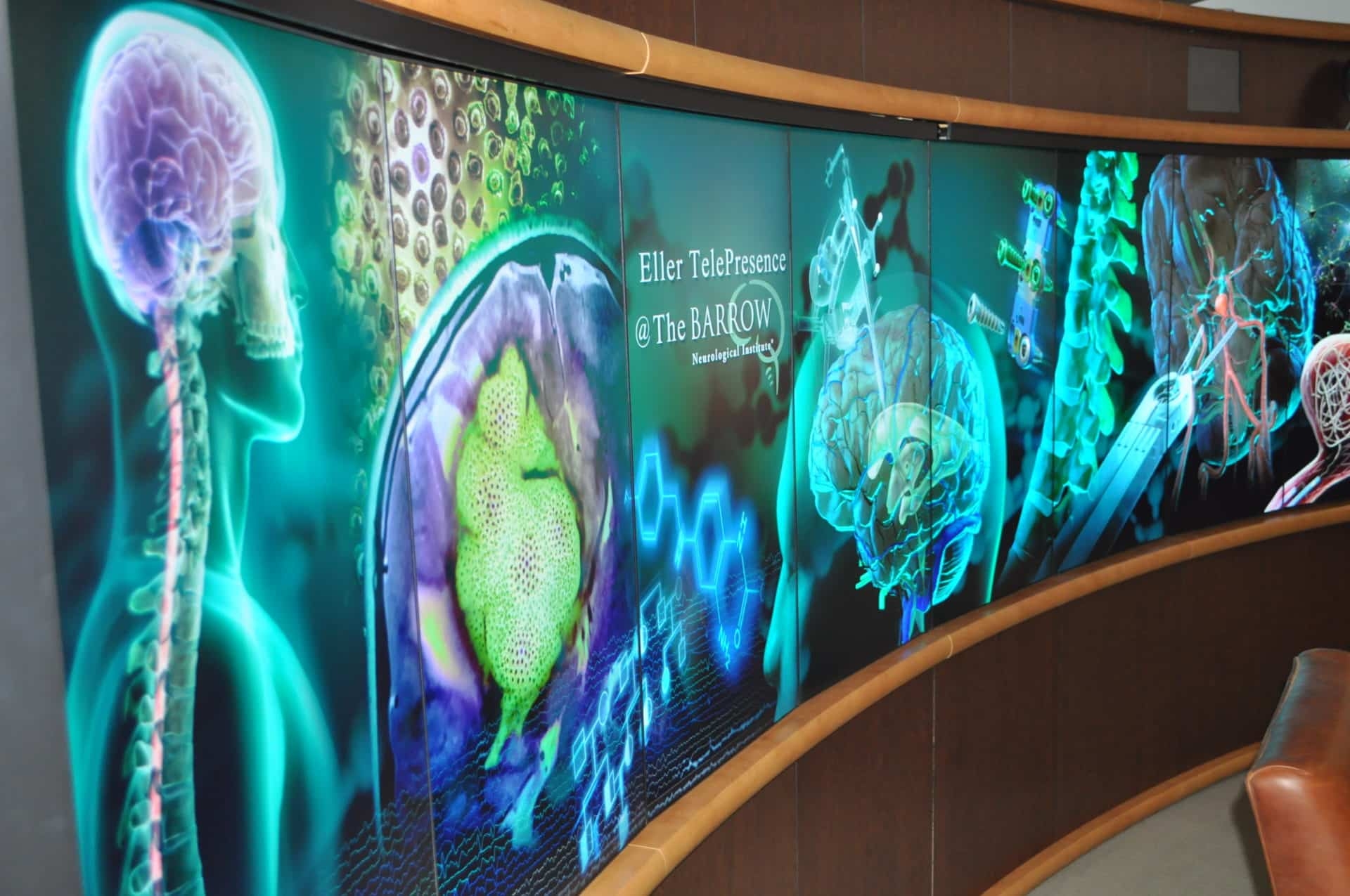 Barrow Neurological, upgraded the technology of the Goldman Theater. The clients goal was to present bleeding edge broadcast at a professional level; Level 3 Audiovisual held the best solution for this application. The application was to add live video feeds from eleven operating rooms to the 3D Theater within Barrow Neurological.

The live video feeds are outputs from the surgical microscope along with HD cameras that are within the Operating Room. This technology is used for live training in 3D and 2D HD over a Sony SXRD projector for a 125-seat auditorium. The solutions that Level 3 Audiovisual provided was the Evertz Broadcast Fiber Video Switcher. By swapping the original Pure Link multipoint video switcher to the Evertz Switch, it increased the number of inputs and outputs that could be sent from the OR’s to the Goldman Theater. Using this new fiber switcher increased the accuracy of the colors and “true” video as it is being seen in its native format through the various medical equipment used within the OR’s during surgery. Adding the Evertz backbone also allows easy transport of video to other locations within the campus such as the TeleTheatre.

Overall, the project was installed with ease and punctuality due to the implementation of our AV9000 standards. Barrow Neurological is very impressed with the new outcome. The surgeons have said that the colors and image accuracy are finally correct, which in the past when using the PureLink the image did not look native. Now by using the Evertz back bone fiber switch, the image is correct via color accuracy.